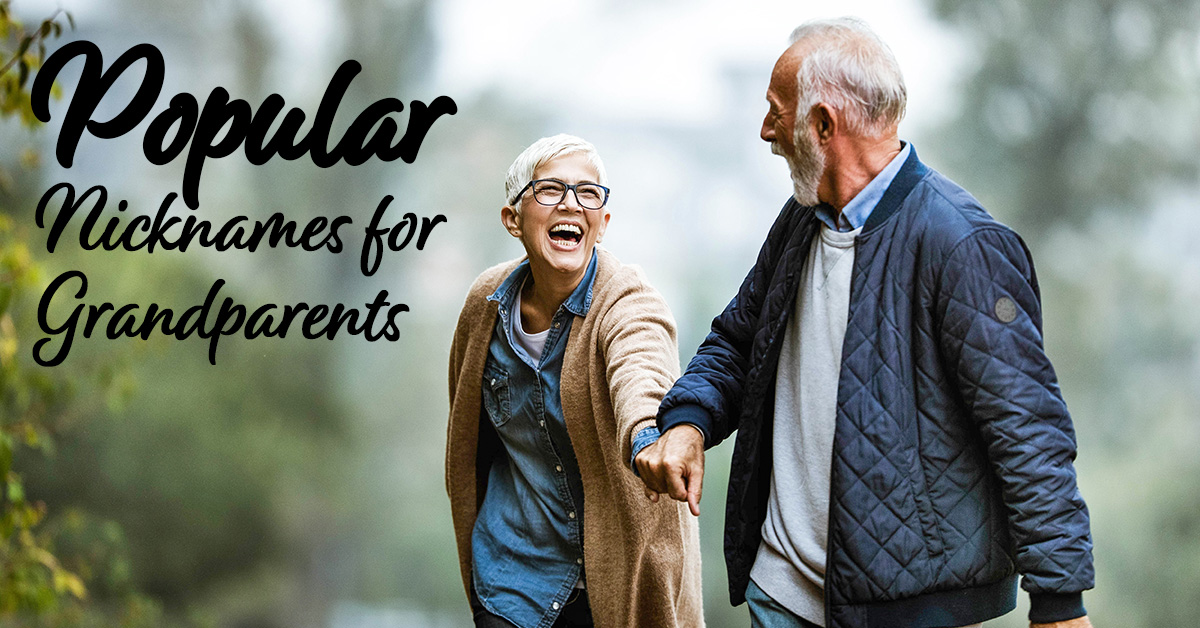 Perhaps it’s our reluctance to admit we are getting older. Maybe it is a part of the “50 is the new 40” or “60 is the new 50” movement. Maybe it is just because many of us have viewed our own grandparents as much older than ourselves. Whatever the reason, the term Grandma and Grandpa has fallen out of favor over the decades, replaced by some variation or custom name.

There has actually been research done on the subject, and the popularity of grandparent nicknames varies by region. There is, however, a list of the more common nicknames nationally.

For grandfathers, popular nicknames include:

Grandmothers, too, have their own list of popular names. They include:

The names can be complicated further if there are multiple sets of grandparents. Some simply resolve this by adding a last initial to the nickname. It could be Grandma and Granpa S. or Memaw and Pawpaw G. Names can also be decided by personality traits or skills. There could be a Cookie Grandma, Baking Grandma or Knitting Grandma.

So, who decides what a grandchild calls his or her grandparent? Most would like to think it is the child, but reality is, the Grandparent will likely have a nickname long before a baby is capable of choosing on its own. It is the parents or even the grandparents themselves who will choose. Of course, that is subject to change when the child creates a version of their own.

Most grandparents will tell you what a very special time of life it is. It is also a good time to review your life insurance and even consider the purchase of a small policy on your grandchild. A whole life or permanent insurance policy on a child is extremely affordable and can build cash value for them that can be helpful in later life.

To discuss your life insurance situation, contact one of our independent agents for a no-obligation life insurance review and price quote. Whether you are a Mimi, Mamaw or Pawpaw, you’ll be glad you did.

How to Handle Requests for Donations

Discovering More About The World Around Us

Nine Inexpensive Tips To Get Your Home Ready to Sell

Tools We Don’t Seem to Use In Business Anymore

Cities in the US With The Best Public Transportation Systems