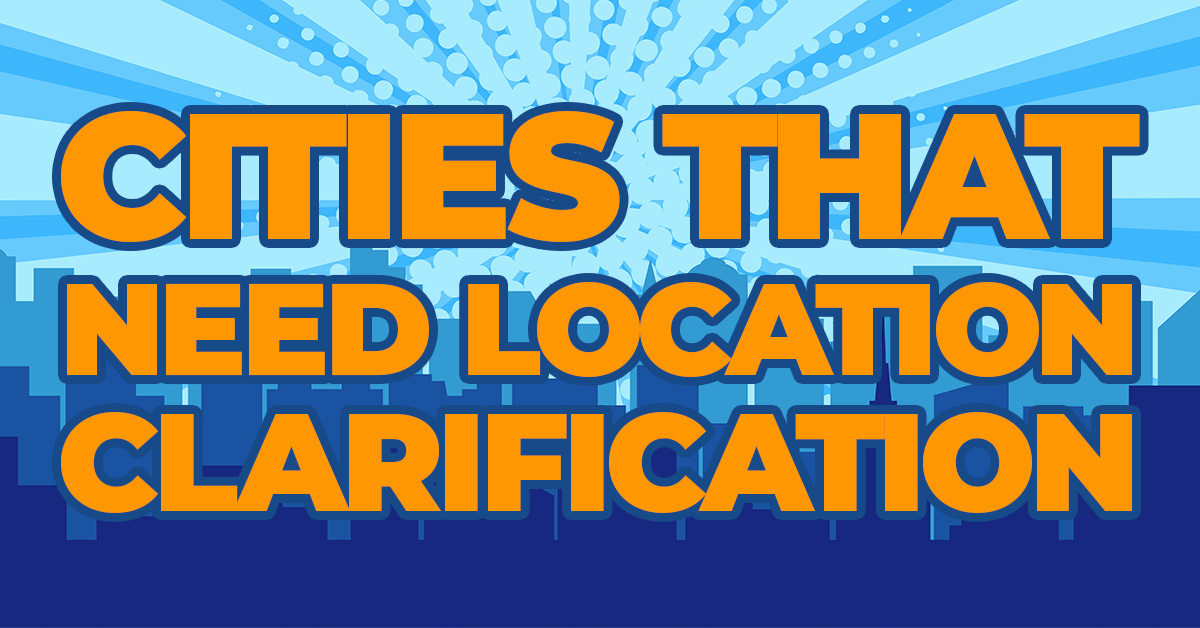 Have you ever been to Springfield or Marion? Odds are you may have been to these places…depending on the area you have visited or live. According to the National Geological Society, there are 34 populated areas in the U.S. that use the name Springfield. In fact, there are Springfields in 25 states, 4 of which are in Wisconsin alone. There are 47 towns and 17 counties named Marion in the United States, mostly honoring the “Swamp Fox”, Francis Marion, a military officer in the Revolutionary War.

Here are some other cities that may need clarification to determine their location.

It is the state’s capital city and home to one of the largest universities in America. Yet if you don’t add “Ohio” behind the name, Columbus could be in Georgia, Texas, Indiana, or a host of other states.

Portland has the distinction of being the name of two sizable communities on opposite sides of the country. Most would have to ask “Maine or Oregon”?

The odds are pretty good you probably live within 200 miles of a place named after a president. The odds are also good that you know that place by name, but others would need clarification to know exactly where you are talking about.

Lexington, MA was where the first shot of the Revolutionary War took place, but outside of New England, most may associate Lexington with Kentucky. The largest, Lexington, however, is in the U.K.

If you tell people you are going to Athens on vacation, they may assume you are heading to Greece. You may be traveling to two college towns. Athens, Ohio is home to Ohio University; and Athens, Georgia is the site of the University of Georgia and a half-dozen other colleges and universities.

Details can be important for where you are going. They can also be important in getting the best value for your insurance. Our independent agents have access to a network of insurance companies, many of which specialize in certain insurance products and situations. If you are in search of the best value for your auto, home, life, or business insurance, connect with us for a no-obligation quote. We look forward to assisting you.

The World of Small Cars

Six Surprising Things You May Not Know About Your Home Insurance